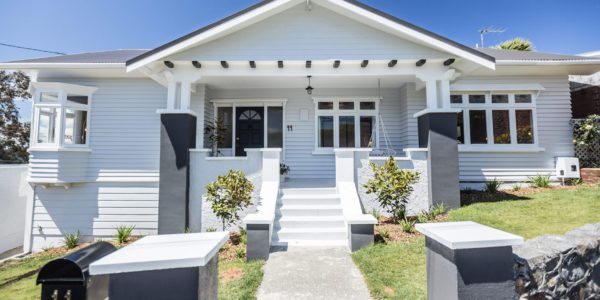 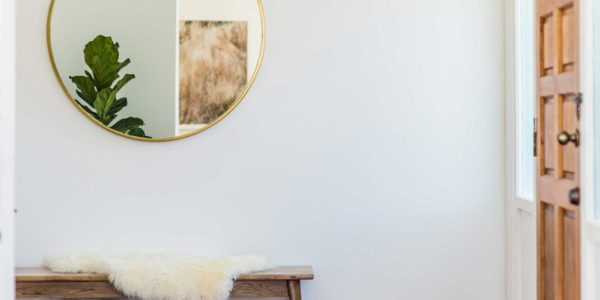 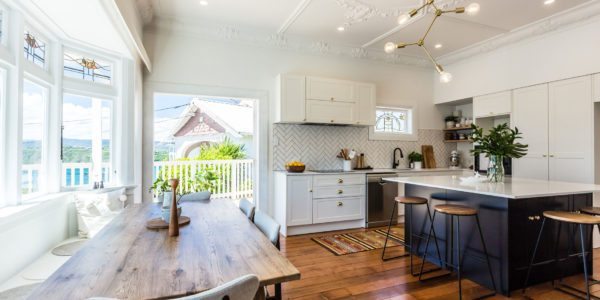 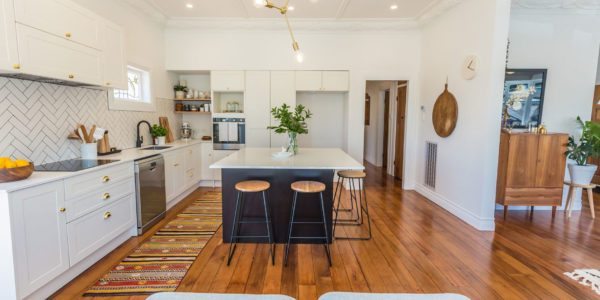 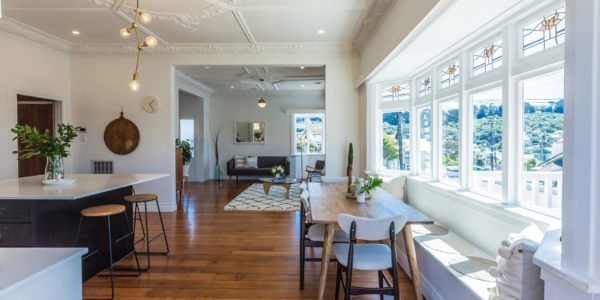 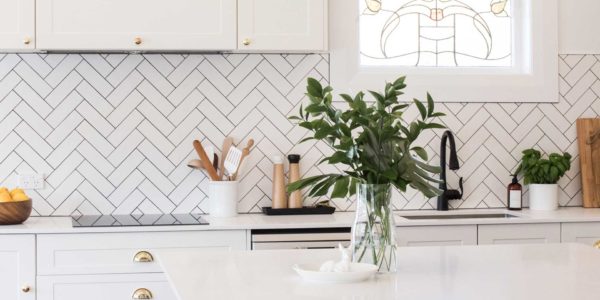 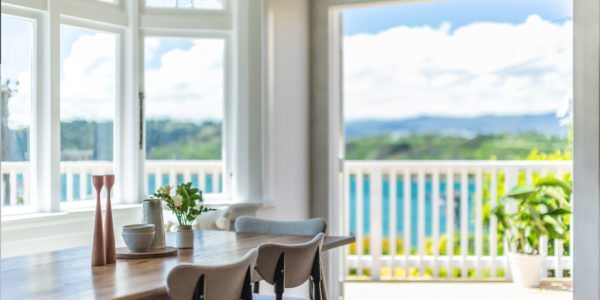 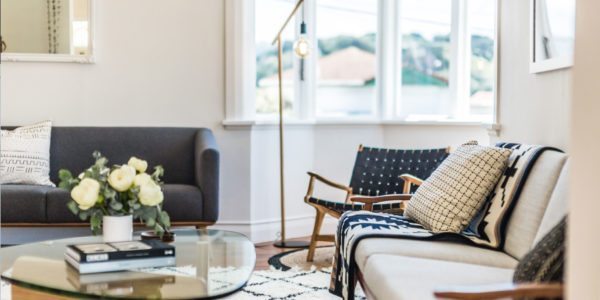 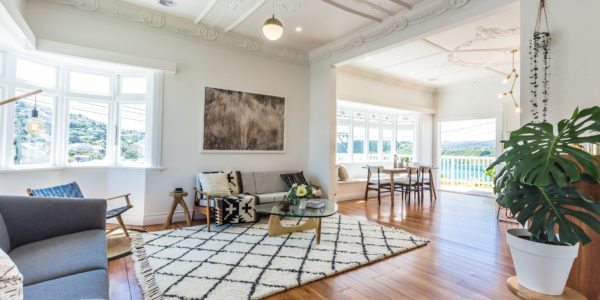 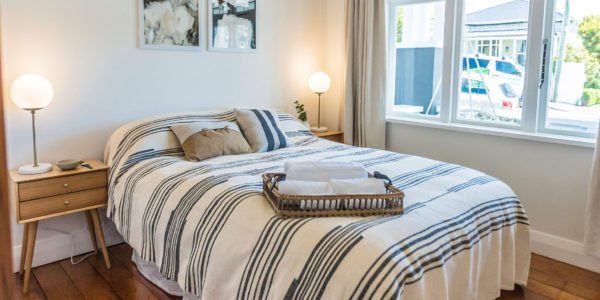 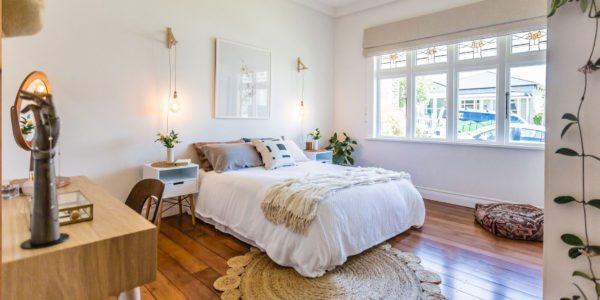 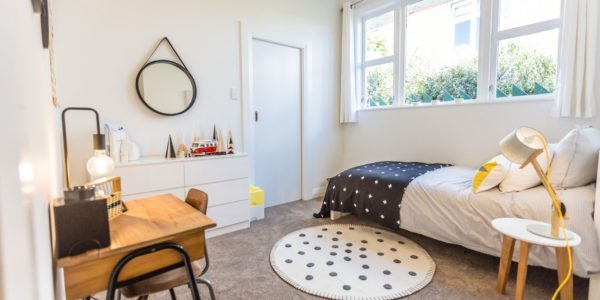 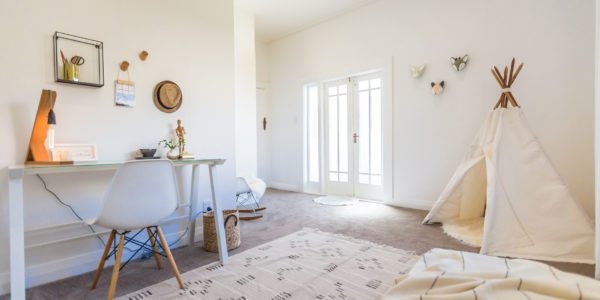 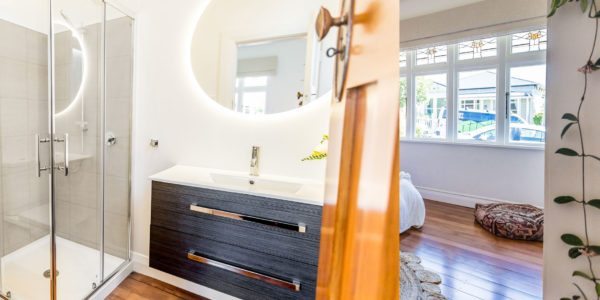 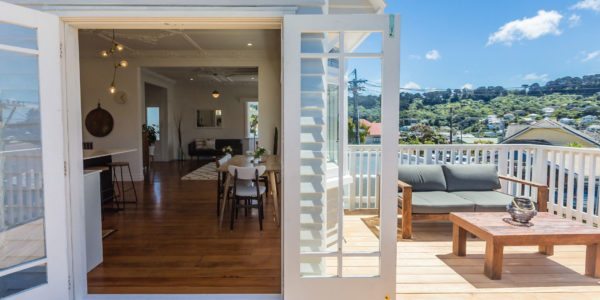 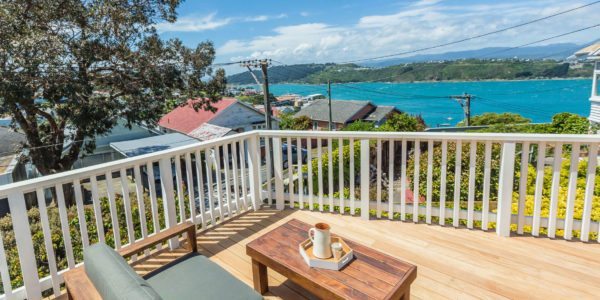 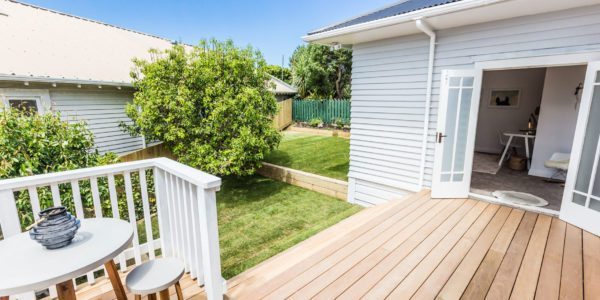 One of Bright Build’s repeat clients bought a three-bedroom, 1920’s timber home in one of Hataitai’s premier streets.

The brief was to retain the beauty of the original character, whilst creating a complementary stylish home environment with modern layout and conveniences.

Prior to the owner’s purchase of the home, Craig went through the property to discuss various options for renovation. He then worked with the owners over a period of time to design a floorplan that would satisfy their requirements. This resulted in an extensive internal rearrangement of rooms, with only a single bedroom retaining it’s original walls. All alterations were designed within the existing building envelope to reduce the project cost.

Bright Build then engaged a local architect to draw up the final plan and prepare documents on our client’s behalf, for submission to Council.

The kitchen moved location to the north-eastern end of the house where it gained sun and character of the ornate plaster ceilings. Also created was the ability to have an eat-in kitchen, a separate dining area, and open-plan living. French doors were installed in the eastern wall to take advantage of the morning sun and create indoor-outdoor flow to the newly formed deck. And the panoramic Evan’s Bay view is now fully revealed.

The new lounge position (previously the Master Bedroom), provides a light- filled, gracious room with views across Hataitai. Sightlines through to Evans Bay and the kitchen/area were created when the adjoining wall was carefully opened up to ensure the beautiful ceilings remained in pristine condition.

A new location was also created for the bathroom to enable installation of a beautiful freestanding bath, tiled shower, wall-hung vanity and toilet.

The Master Bedroom was moved into the previous lounge space, and the existing pantry area was transformed into a full, new ensuite. Large wardrobe spaces were also created.

The valuable fourth bedroom came from a rearrangement of the laundry, second toilet and hallway. A versatile space, it can also be used as a third living area/office/teen retreat as it has it’s own access to the deck and lawn.

A large Gwapa deck (with stainless steel fixings due to sea proximity) was created to link kitchen/living via decking to the fourth bedroom/additional living space – and down onto bench seat style stairs down to lawn. The grounds were landscaped to form new terraces which made flat, child-friendly play areas that are easy access. New lawn and plants were added.